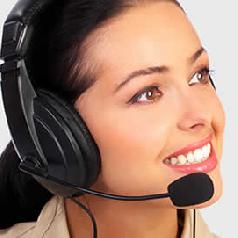 Last week’s total shut down of Internet services in Barbados through telecommunications provider LIME really made me think about how much communication is taken for granted!

Imagine being in the middle of planning an event and suddenly there is no Internet. How was I about to get the printers the documents, confirm equipment with suppliers or confirm the media?

In desperation I rushed to contact LIME only to be put on hold for an hour (no exaggeration) and then magically being disconnected from the call. Needless to say that was very infuriating and was a clear sign that the provider was not interested in taking the call.

This was a clear example of poor customer service and in fact a clear disregard for the value of being able to interact with your customer (whether the interaction be positive or negative). It’s interesting that a company whose sole purpose is selling communications has certainly forgotten its value.

Had the provider truly understood the importance of communications between them and their customers two things would have happened:

Customers are generally willing to give feedback, fill out surveys and give ideas to help improve a company’s service delivery but don't seem to appreciate that in times of crisis talking to people is key.

On the other hand, the Royal Barbados Police Force can be commended for their communications efforts. Yesterday a mass casualty situation occurred in St. Philip and within minutes an officer of the law was on the air to advise motorists of its occurrence and encourage them to take an alternative route. Every morning and evening listening to the radio we are kept alert of the traffic situation on our country’s roads. I say good job and keep up the good work. The force clearly has the public's interest as their top priority.

I only wish that other organisations would make their stakeholders a priority. The same we way we are willing to talk, we expect our service providers to be willing to, especially in slimey situations.

One of the most demotivating and demoralising experiences in any working environment is dealing with a moody employee, be it your boss or a co-worker. Sometimes it seems...

Right now I am stuck between a rock and a hard place. Do I go after my dreams or do I further my studies based on my promising future in office administration. It may be...