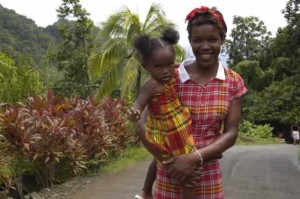 Powerful evidence from one study after another proves that high quality care in the first years of life can greatly reduce the risk that today's babies and toddlers will become tomorrow's violent teens and adults. High quality early learning and care is one of the most powerful weapons against crime, while poor early childhood education multiplies the risk that children will grow up to be a threat to society.

If we were to think of a family as a house, morals and values would be the foundation and the roof the parents. In reality, these are the most expensive aspects of building because it is the foundation that provides stability and the roof the security. However, in reality, most families seem to build their houses on sand and use tarpaulin as roofing. As a result many families are being exposed to the rougher elements of life and just do not have the infrastructure or knowledge to withstand the effects. Often, this is not intentional; it is just that many parents just do not know any better.

The Caribbean Child Support Initiative (CCSI) is an early childhood development and family support programme. Its main aim is to strengthen that infrastructure and improve the environment for young children. To do this, the CCSI introduces interactive support models such as the Roving Caregivers Programme (RCP) for parents and their young children in the Eastern Caribbean.

It has long been an accepted belief that prevention is better than cure and that is the approach of the RCP. RCP is an informal early childhood education programme designed for the most vulnerable/at-risk children from birth to three years old. RCP provides early stimulation for children and teaches effective parenting techniques to parents. It addresses the developmental needs of the very young in disadvantaged conditions where children can benefit from quality care and attention, development of basic skills, better health and nutrition. With these tools children will be at an advantage when they reach to the next level by performing better in pre-school and in their future education.

In 2007, CARICOM Heads of Government appointed 15 members to serve the CARICOM Commission on Youth Development (CCYD) and asked them to assess the situation of youths in the region and to recommend policies that would aid the young people to improve the quality of their lives. In doing this, the CCYD discovered that the region has talented and creative young people who are excelling in several fields such as sport, technology and culture. They also discovered that crime is their number one concern and it is an issue that hampers their development. For example, young boys are afraid to use public sporting facilities because bad boys utilise these facilities as well and in going there, they will be exposing themselves to being victimised.

Youth crimes cost the government at least 7% of its Gross Domestic Product (GDP). The age group of 10-14 is a growing concern in the region because evidence points to violent crimes being committed at younger ages. In Jamaica, youth under the age of 25 were responsible for 51 percent of all murders and 56 percent of all major crimes in 2000. In 1990, only 1.2 percent of all crimes in St. Kitts and Nevis were committed by juveniles, yet by 1998, this had increased to 17 percent. A worrisome consequence of this data is that this violent behavior in youth has a strong tendency to continue into adulthood: these are the values that many children are born into and the cycle will continue into the generations to come.

Programmes like the RCP have become a necessity due to the current trend with today's youth. More and more our criminals are getting younger and younger. Teenage pregnancy is on the rise, and the moral compass of our youth seems to be broken. With each generation the emphasis on family and moral code and values has been replaced with violent games and intense exposure to situations that are corrupting the youth. It has now led to an over-stimulated youth who cannot comprehend or afford the consequences of their actions.

Being raised in poverty has been found to contribute to a greater likelihood of involvement in crime and violence. Well documented research shows poverty and lack of access to early education place children on an unfavourable developmental trajectory. Children are forced to drop out of school to help support the family, perpetuating the deepening issue of illiteracy and youth aggression because of increased stress and feelings of hopelessness.

The RCP, implemented in the Caribbean, builds on a solid history of home-based intervention as a way of reducing the chances of intellectual and social failure during the formative years. The RCP uses culturally and developmentally appropriate stimulation activities with the purpose of improving parenting skills and altering child-rearing beliefs that would then prevent developmental lags identified in poor Caribbean children.

Already initial findings from an Impact Study of the RCP (2008) are showing positive impacts on children, parents and the home-visitors (Rovers) themselves. The findings of the study highlight RCP as having a significant impact on younger children (6-18 months old at the start of the programme) as well as children enrolled at a later stage saw a noticeable increase in the area of expressive language (speech). The study also revealed that the RCP's largest impact is on first time mothers, particularly in the areas of discipline, increased engagement with the child and nutritional practices.

While the CCSI acknowledges the existence and value of other early childhood and family support initiatives, the RCP is a cost-effective model the CCSI has implemented and can validate. This model has important core elements that can be replicated or adapted to many sectors (e.g. education, health, social development etc), thus enabling rationalisation of services and convergence of resources.

The root of all these issues is the lack of early education and that is what the CCSI and RCP intend to correct. If the parents are educated and the children are raised in a more positive environment, in years to come, we should see a rise in the overall quality of life and a decrease in crime and morally corrupt activity. Children are our future and, if the past determines our future, it is essential we correct the ills in society now to pave the way for a brighter and productive future.

*The CCSI is supported by the Bernard van Leer Foundation (BvLF) located in the Netherlands and managed by the Caribbean Centre for Development Administration (CARICAD) based in Barbados.