Three more nursery schools, and possibly a day care centre, are to follow the Maria Holder Nursery School at Sharon, St. Thomas, as a result of the joint partnership between the Maria Holder Memorial Trust and the Ministry of Education.

Both chairman of the Trust, Christopher Holder, and Minister of Education Ronald Jones made the disclosure this morning during the official opening of the nursery. Jones said contractors were already designing the refurbishment of a nursery in Holders Hill, St. James, which is also a joint project with the Trust, and that Government had identified some land in Christ Church for the construction of a new nursery there.

In addition, he said the third nursery would be built in the densely populated parish of St. Michael. And, he proposed that a day care centre be established in St. John to cater to children from birth to three years old.

“Someone from the Maria Holder Memorial Trust said to our recently appointed MP for St. John that they would like to put one (a nursery) in the constituency of St. John. I said I will vary that because, in education, we take a perspective of where the population strengths are. What I will tell [the Trust] what we will do and if they will take it on board, rather than a nursery school, we will implant a day care centre in St. John.... That is what we need and not a nursery. So that we will capture their intention, but capture the genuine reality on the ground. So we don’t want you to spend resources that you should not be spending ... but your commitment will have the greatest impact where it is necessary,” said Jones.

Holder said the funds were “sitting there ready to construct these schools” and he expected them to be built quickly. He pointed out that in the interest of the island’s children, waiting a few years until the next nursery was built was not good.

Holder told the audience, which included Parliamentary Representative for St. Thomas Cynthia Forde, that he was pleased with the completed facilities at the Maria Holder Nursery School — named after his late mother — and elated to see the vision materialise. The nursery which was started in July 2010 and completed August, this year, will cater to 120 children.

“In 2007, I was privileged with my board to spend a few minutes in the Government office of the then Prime Minister Mr. Owen Arthur. At the end of that discussion, he said nothing would give him more pleasure than to see my mother’s name above a nursery school. That was May 2007. Today September 30, 2011, this has become a reality.

“We come into this world with nothing and we leave with nothing but during that journey, we have to be educated. I live by three words — learn, earn and return. I am now in the returning process having learnt which gave me the ability to earn, I’m now returning. Enjoy your education here kids, I am thrilled with the school,” he said.

The Maria Holder Nursery will cater to 120 children.

Jones said he was thankful to the Trust and the Sharon Moravian Church for the land on which the school was constructed. He said Government did not have to go to Parliament for compulsory acquisition because of the church’s co-operation.

The minister urged parents to be there for their children through their lives and not just in the early stages. He said there was a tendency for parents “to love their children to death” when they are young but abandon them when they grew older.

“When in fact, it is as they grow older that they are crying more and more for our help and assistance because they are having challenges as they go through life. Challenges that come from every sphere... “What can we do to make a difference? The first thing we do is to love our children and demonstrate that love, not in the materialistic approach that we take as parents that love is manifested via the newest iPod or the best pair of shoes or the brand name on a shirt or pants and we feel that demonstration is love - that is not love.

“We use a lot of materialistic things as pacifiers for our children when we should be talking with them, sharing with them, caring for them, bringing understanding to them. I therefore want to urge all of us to take a new stance as we implant more and more institutions such as this, don’t let it be a structure, don’t let it just be a building with a beautiful name attached to it but let the demonstration of care be reflective of what we do. As you teachers engage their little minds, plant those seeds that are important to their growth. So that when they become older they will not depart from it,” said Jones.

“We have the desire to do it; we have the funds available.” 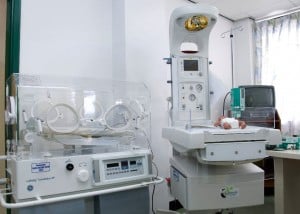 Sick and critically ill children in the Neonatal Intensive Care Unit (NICU) at the Queen Elizabeth Hospital (QEH) are benefitting from over $60,000 worth of equipment... 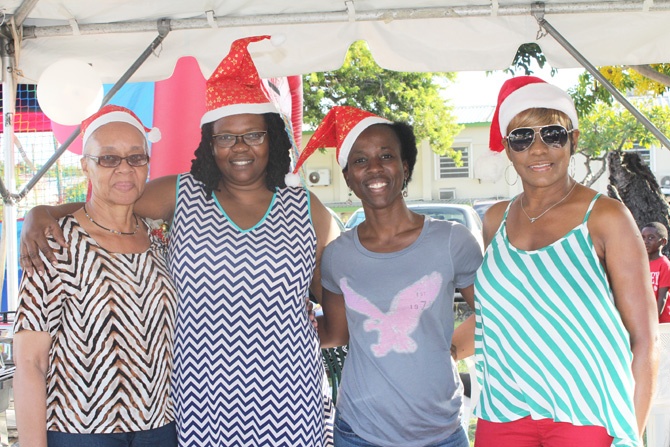 Bayview Hospital Is Community-focused This Christmas