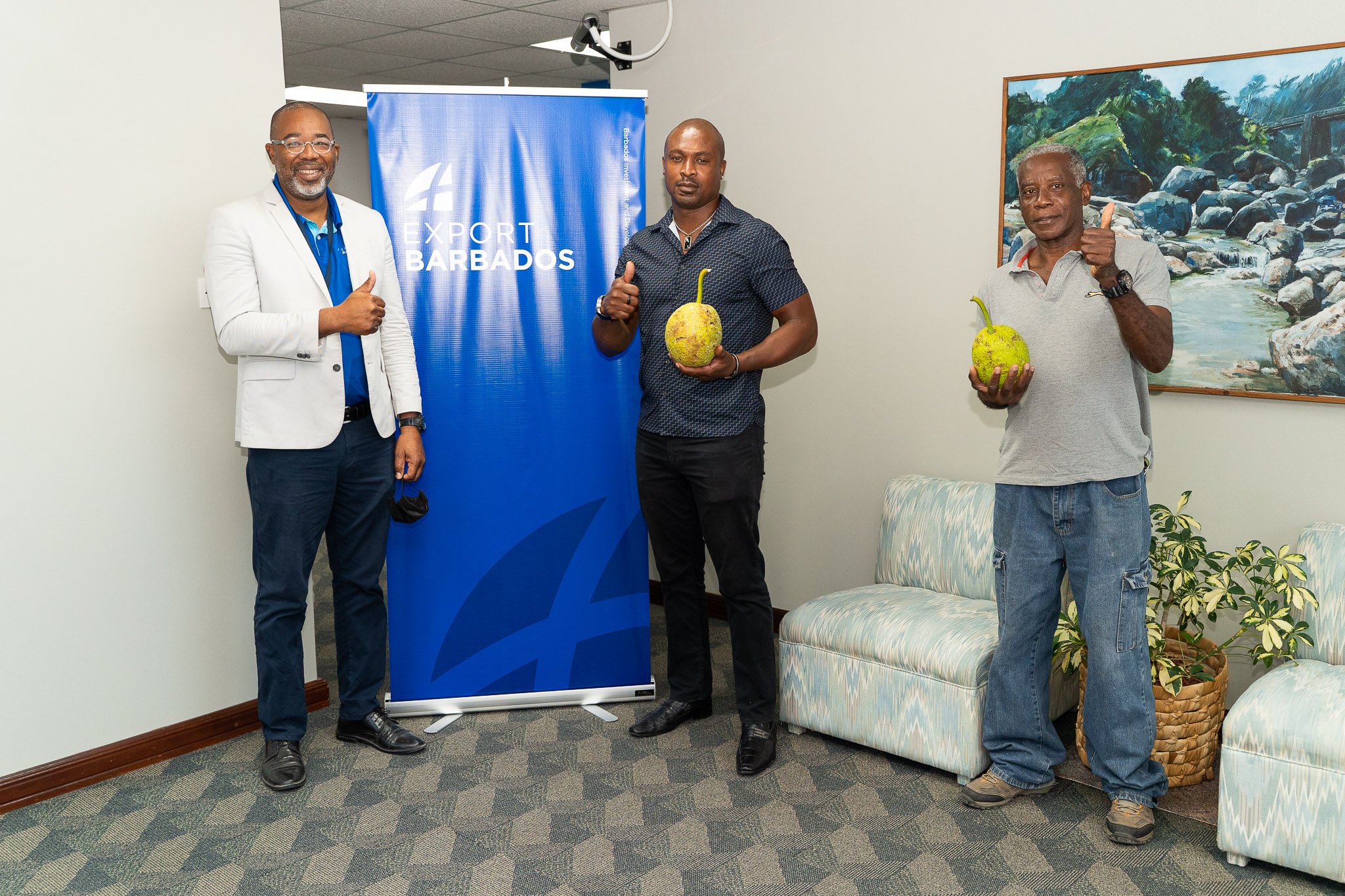 Export Barbados (BIDC) has come to the assistance of breadfruit exporters Shawn Holder of Holder's Food & Exports and Erasmus Alfred of E&C Marketing.

The two men recently revealed in the media that they were losing thousands of dollars because all the regular avenues to export breadfruits to their most lucrative market, England, had stopped. They explained that they had approached the air carriers and the Ministry of Agriculture but had not received any viable explanation or solution.

In a meeting this morning, Export Barbados' CEO, Mark Hill, told the exporters that since hearing of their plight, he has been collaborating with Dr. Pauline Yearwood, the Deputy Programme Manager Transport at the CARICOM Secretariat and the Ministry of Agriculture to find a solution. "We have been in discussions with Caribbean Airlines and are finding pathways to move all types of bio-trade products and so I wanted to discuss with you the immediate solution of flying the breadfruit to Trinidad to be placed on the London flights." Hill said that exports in agricultural products have been slipping, so he welcomed the opportunity to help.

Holder also said he welcomed some research into expanding and analysing the different varieties and getting the Ministry of Agriculture to conduct a breadfruit planting program.

Alfred said that he was pleased with what he was hearing, but he would also like the company to look into packaging. He said he would like to label his breadfruits and start building the Bajan breadfruit's value proposition of being superior to the rest.

Hill said Export Barbados (BIDC) was also exploring packaging through a shared-use packaging facility that would steam, clean, and vacuum pack produce. In addition, he revealed that Export Barbados (BIDC) was setting up an international food science center at Newton that would be ready in April. At this plant, research and analysis would be conducted to support the various bioproducts, which would add value to the agriculture and biotech sectors. 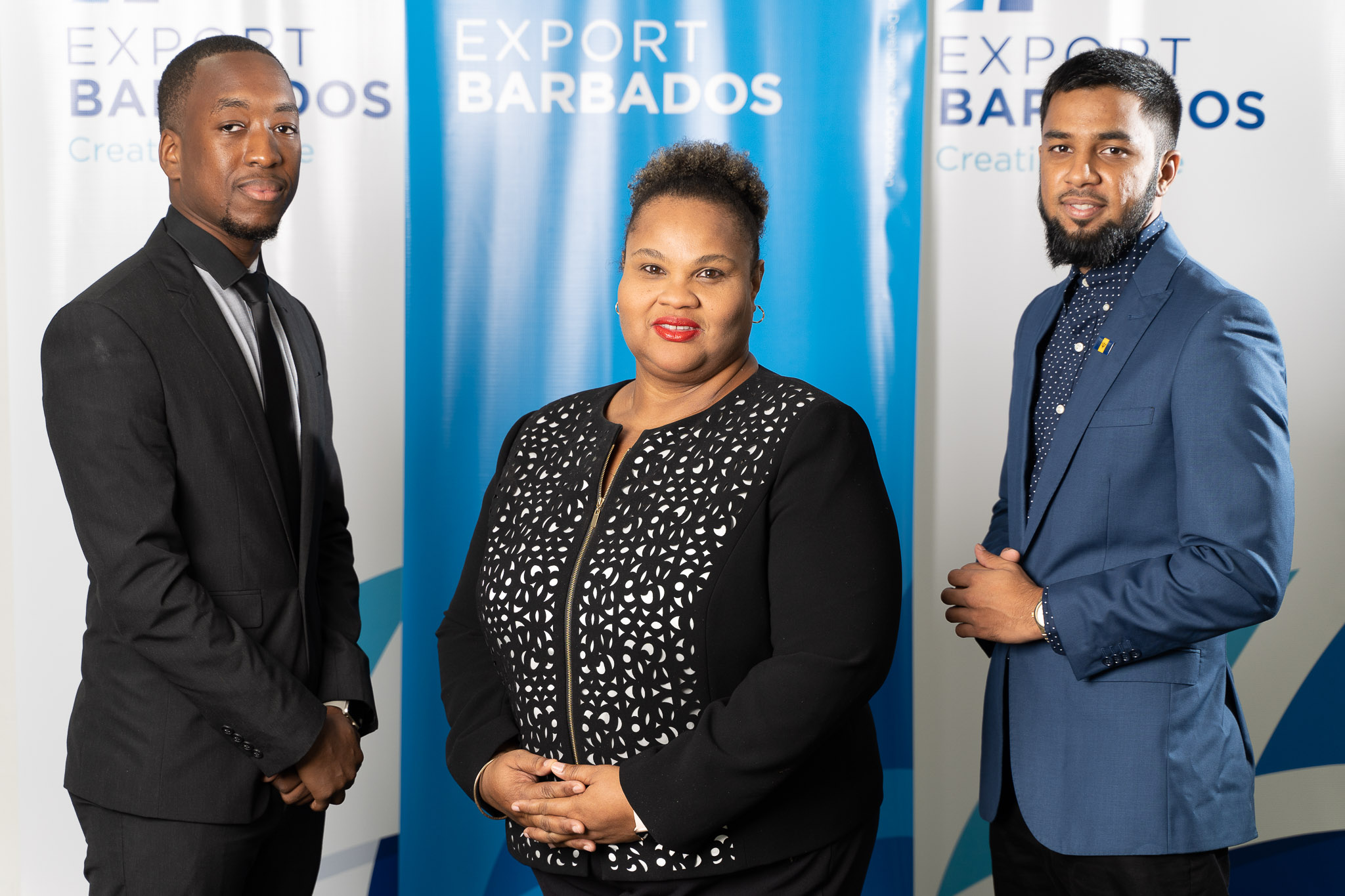 Youth to represent Export Barbados (BIDC) at the Dubai Expo 2020

Barbados is set to showcase its best on the world stage under the theme ‘From Sugar Cane to Blockchain’ as part of the Dubai Expo 2020. Export Barbados (BIDC) will be... 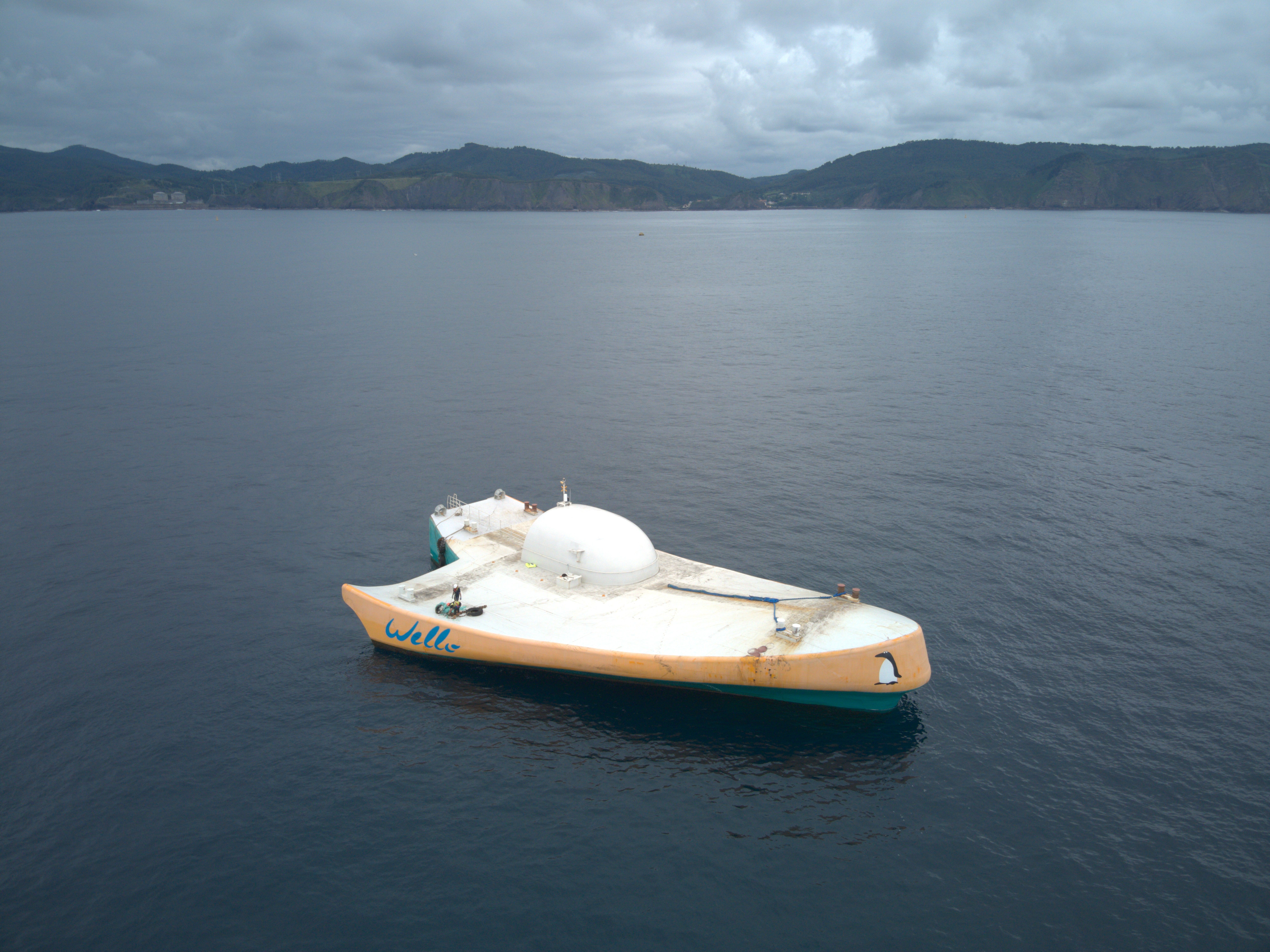 Export Barbados (BIDC) and Wello Oy, a company from Finland specializing in wave energy technology, have announced a new cooperation agreement to explore the...