Australia’s High Commissioner and Ambassador to CARICOM, John Pilbeam, recently paid a courtesy visit to the Barbados Olympic Association Inc. (BOA) to launch that country’s new initiative ‘Schools Connect’ which promotes the 2018 Commonwealth Games being hosted in Gold Coast Australia from April 4 – 15, 2018.
The ‘Gold Coast  2018 Commonwealth Games (GC2018) Schools Connect’ programme is enabling students from 112 Gold Coast states, independent and Catholic primary and secondary schools to connect and interact with a Commonwealth Games Association (CGA) and a school in their ‘adopted’ Commonwealth nation or territory. Queen’s College Secondary and the Grantley Prescod Memorial Primary are the local schools taking part in the programme. 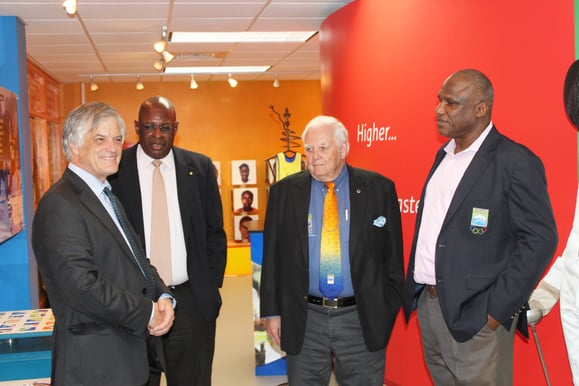 High Commissioner Pilbeam, who is based in Trinidad & Tobago, flew in specially for the launch.  He said that he was delighted to have Barbados participate in the programme, adding that it was important to have the youth interact with persons of different countries and backgrounds. “I am glad an effort has been made to get the youth of the Commonwealth together. We have so much in common even though we’re so far apart,” he said while reminiscing of the connection he had as a youth with a Kittitian pen pal, long before the days of the Internet.
President of the BOA, Steve Stoute, welcomed the High Commissioner and students and teachers of the schools to the BOA.  He said that he was pleased to have the BOA involved in such a positive initiative that will help Barbadian students to foster new relationships and expose them to different cultures. “GC 2018 Schools Connect’ programme is an interesting one because the youth will be able to interact with schools in Australia and exchange cultural and sporting activities. It will benefit not only the schools, but will also strengthen our relations with Australia,” Stoute said. 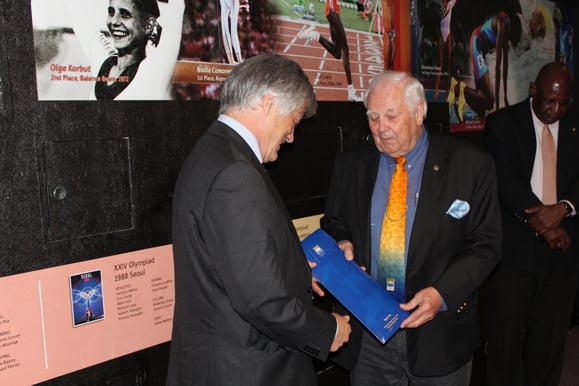 The party was treated to a tour of the Olympic Museum and a private reception.  Over the next two years, the programme will include opportunities for the schools to be involved in a range of activities which will harness the enthusiasm of the community and maximise the Games-time experience of 6,500 athletes and team officials and other Games constituents.
The Commonwealth Games were first staged in 1934 in Hamilton, Canada with 11 participating countries.  Gold Coast is preparing to host visitors from 71 Commonwealth nations and territories. 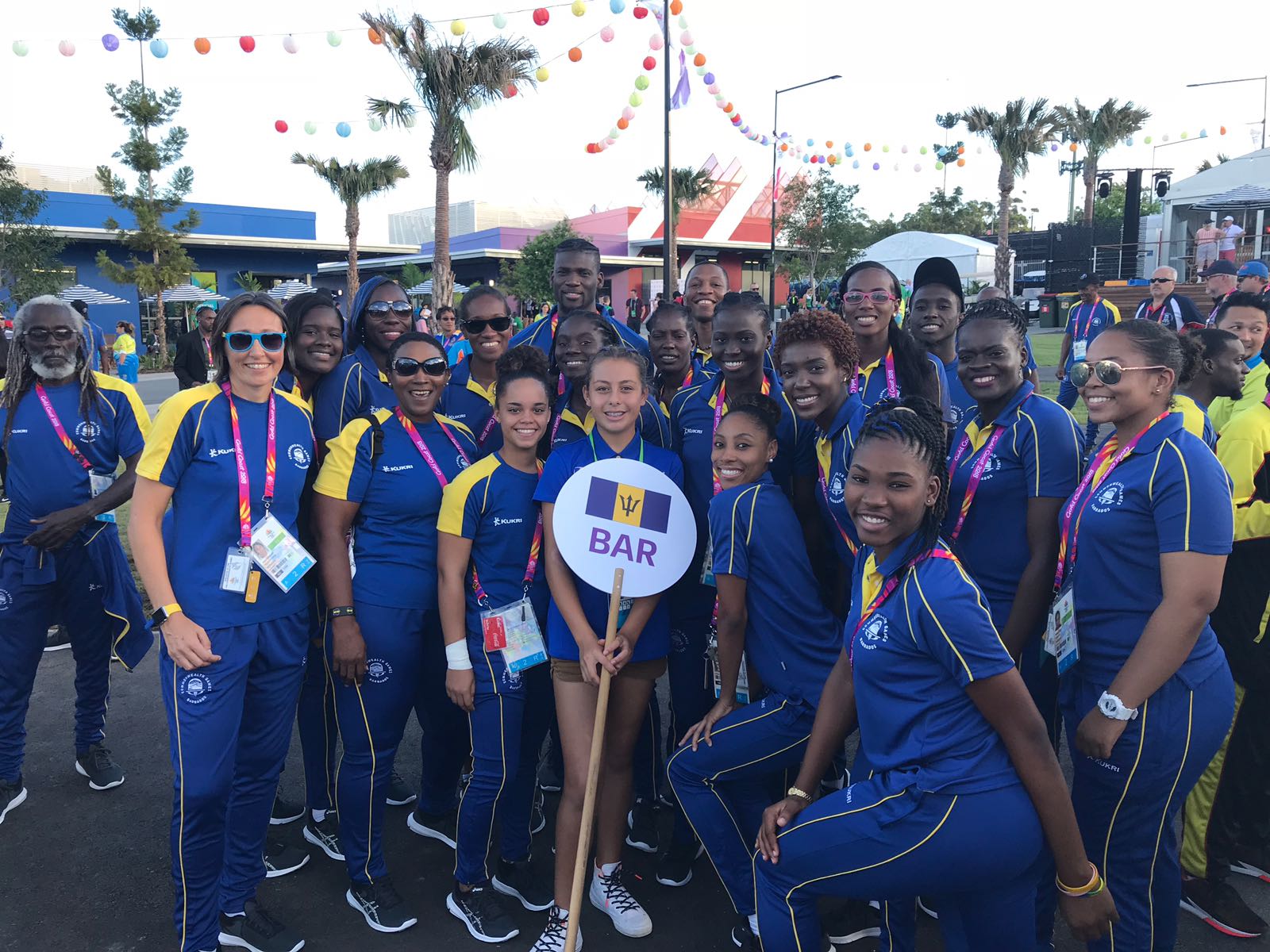 All 68 members of the Barbados contingent participating in the Commonwealth Games have now taken up residence in the Games Village. The Barbados Flag was officially...
PRMR Inc. Publishing
Read More

President of the Barbados Olympic Association Inc. (BOA), Sandra Osborne, QC, was one of 12 persons recognised for service to the game of Tennis at the 2018...