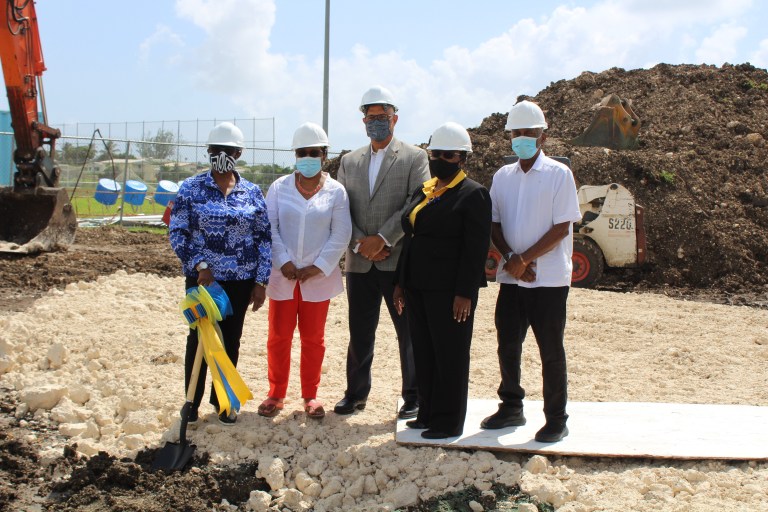 Over the next six months, a multi-purpose pavilion to accommodate various activities will be built on the eastern end of the Centre.

President of the BOA, Sandra Osborne in her welcome address made note that the full range of the BOA’s work is unknown by many, so she welcomed every opportunity to demonstrate some of the many facets of the BOA. “Some see us as just funding athletes and fielding teams to multi-sport competitions every couple of years. Although these are important functions, we also play a vital role in funding national federations in a country which lacks serious private sector support of most of our sports. Our mandate to promote Sport in Barbados is multi-faceted, requiring us, among other avenues, to finance the growth, sustainability and proliferation of Sport on the island by leveraging relationships through our international affiliations to access funding that is available for infrastructural development,” she said.

Osborne thanked her predecessor Steve Stoute who negotiated with Pan Am sports the phase one funding. This organization is again on board as she explained that 66 percent of the total cost of the Centre across the two phases was contributed by Panam Sports and the BOA combined which amounted to about three quarters of a million dollars.

President of the Barbados Hockey Federation Mark St. Hill thanked all parties involved for their contribution in making the dream of the hockey fraternity come through with the construction of a modern facility that could host international competitions. “Our new pavilion will not only position us to provide modern facilities for our players, officials and spectators but will also enhance our ability to stage major games such as our Barbados Hockey Festival – a major contributor to the island’s sports tourism product. With the completion of the Center we would also be able to host international competitions and attract more touring teams to the island each year. This is a major development for our beloved sport,” said St. Hill.

Other speakers included Chairman of the Tourism Development Corporation, Martin Ince and Permanent Secretary in the Ministry of Youth, Sport, and Community Empowerment, Yolande Howard, both of whom endorsed the value of sport to human and social development and the development of Barbados’ tourism product. In addition, PS Howard called for Barbadians and especially parents to see sports as a viable career option. She said that sport has not been given the level of support it needed in the past to promote success, but that her ministry is looking at how it can change these states of affairs going forward by developing a sport industry.

The groundbreaking was done by President Osborne and witnessed by Jacqueline Gill of the TDC, Mark St. Hill, PS Howard, Craig Archer, Chairman of the BOA’s Capital Works Committee and Sir Austin Sealy. 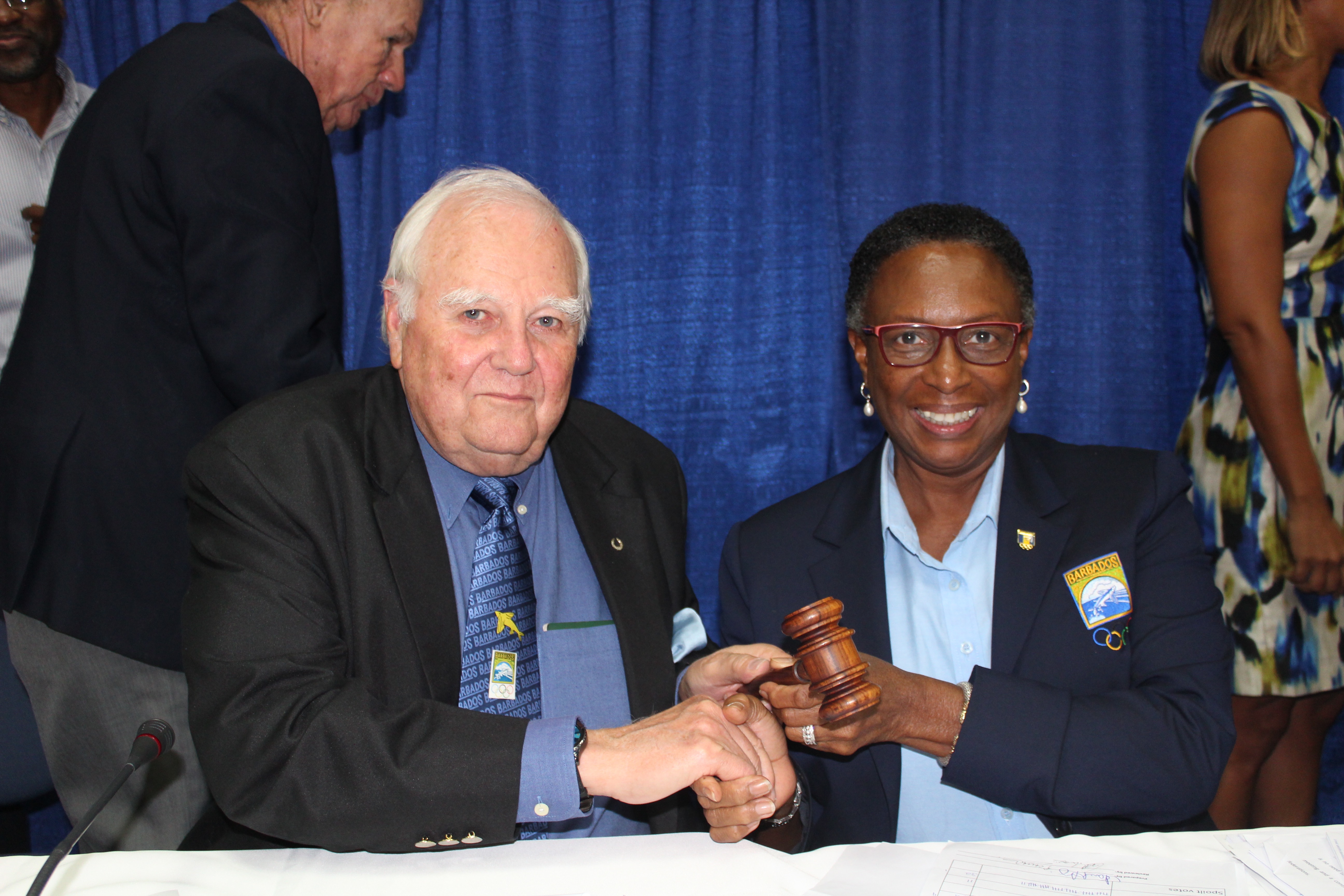 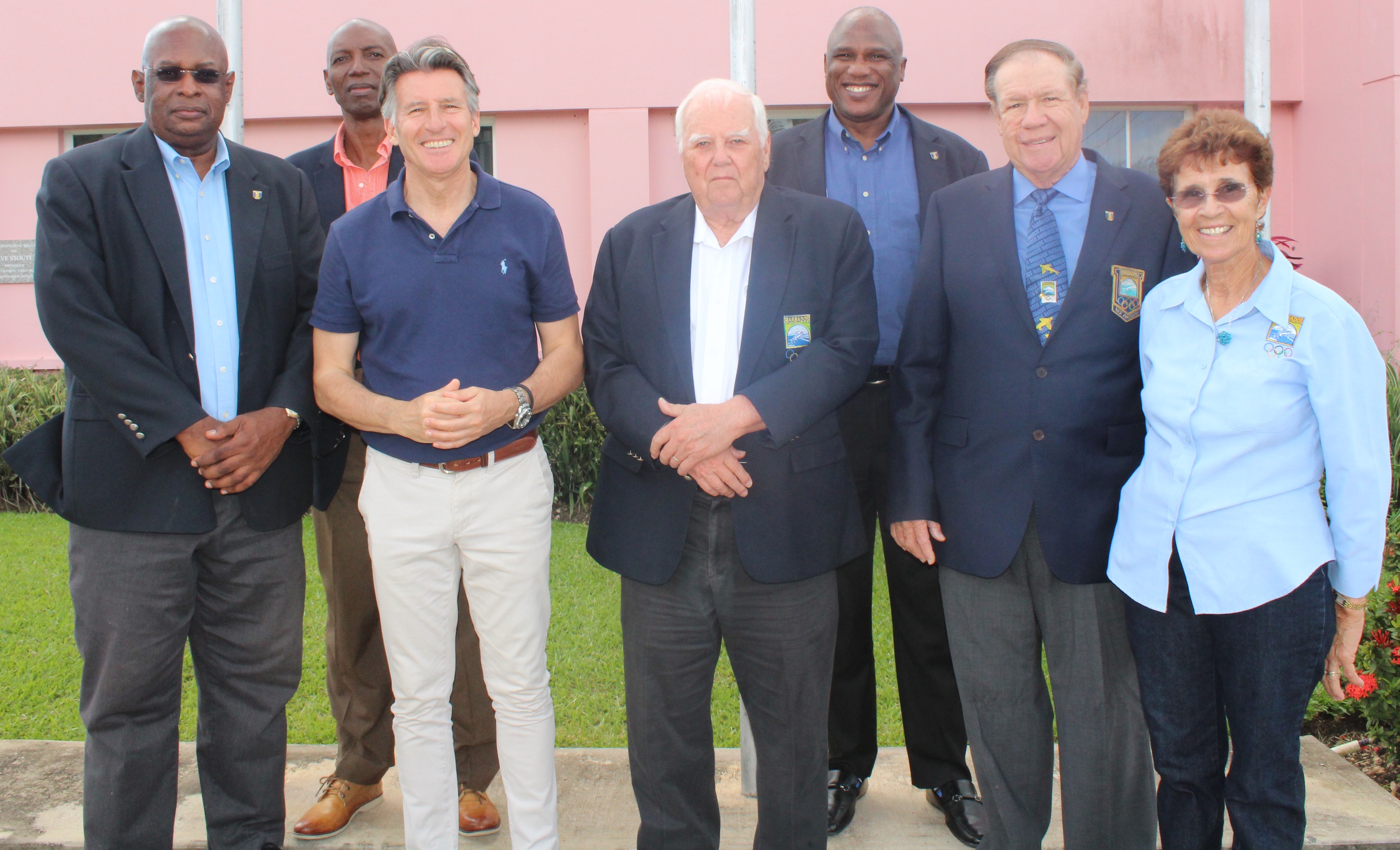 Members of the Barbados Olympic Association Inc. (BOA) welcomed the President of the International Association of Athletics Federations (IAAF) Lord Sebastian Coe with...