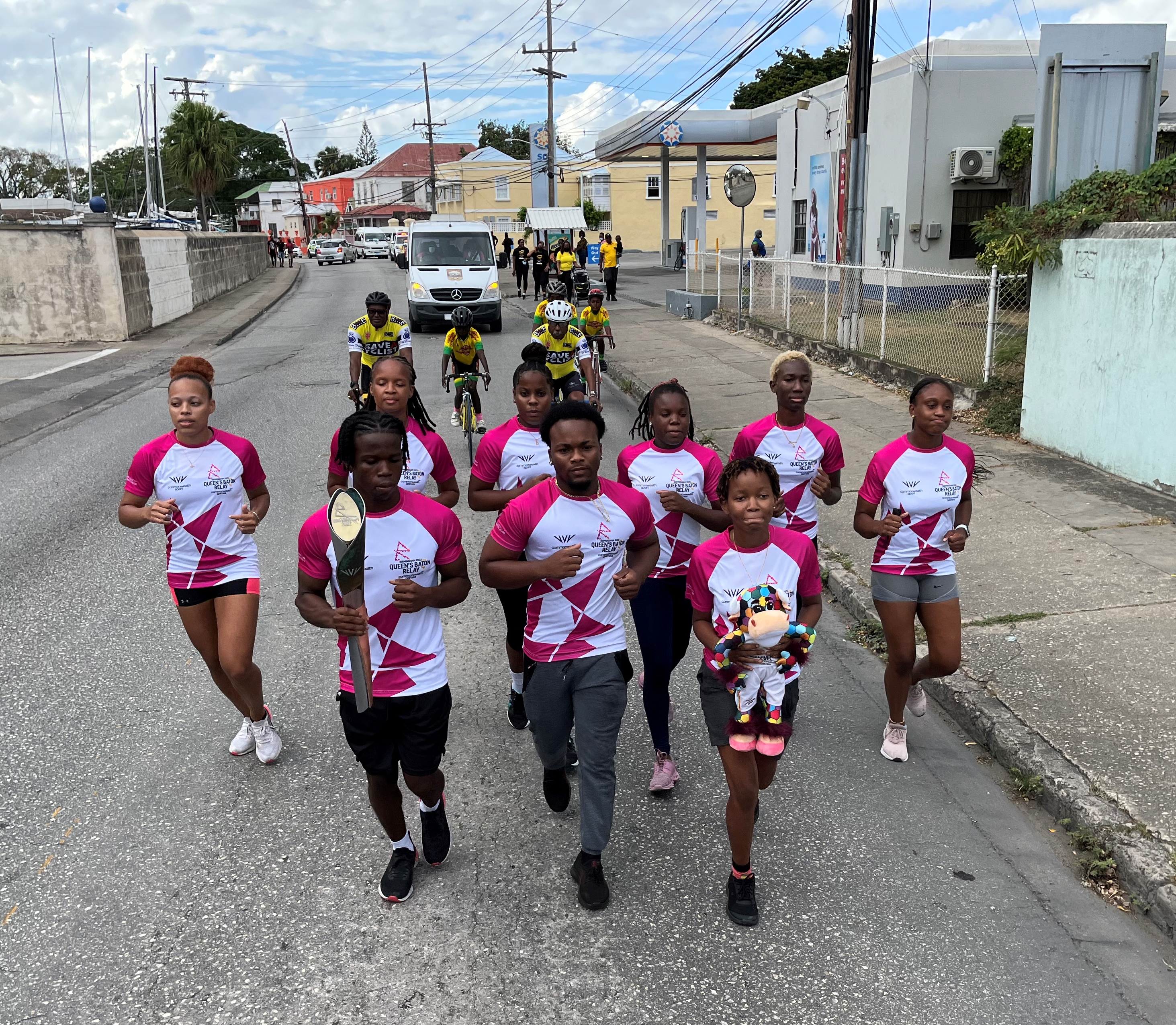 A buzz of excitement filled the air on Saturday, April 23, as the Barbados leg of the Birmingham 2022 Queen’s Baton Relay made its way across the length and breadth of the island.

The Queen’s Baton, which carries a message from Her Majesty The Queen, which arrived on Friday, April 22, visited several notable locations on the island, starting in St. George, where athletes ran from Constant Plantation to Bulkeley Sugar Factory.

Other stops included the Bushy Park Racing Circuit, where the Baton and the Birmingham 2022 mascot Perry, a friendly, kind and cheeky bull, were taken on a ride around the track by Dylan Downey. The Relay then journeyed to the Ragged Point Lighthouse, PEG Farms Nature Sanctuary in St. Joseph, Morgan Lewis Windmill in St. Andrew and onto Cherry Tree Hill, St. Peter where the Baton and Perry were able to get their photo taken on the St. Nicholas Abbey Heritage Train.

The Relay also visited the St. Lucy Parish Church, St. Lucy and the Holetown Monument in St. James before making its way to Government Headquarters for the final leg of the Relay. The athletes, drawn from the following sports including Swimming, Track, Badminton, Gymnastics, Cricket, Boxing, Cycling, Netball and Triathlon, travelled from Bay Street to the 50th Anniversary of Independence National Monument at the Historic Garrison Savannah.

Organiser for the Queen’s Baton Relay in Barbados, Gail Craig-Archer said, “We had an awesome time on the road and while there were some showers of blessing at the beginning and end, the weather cooperated ensuring we had a great day. The athletes enjoyed themselves and we were able to get some nice shots with the Baton and Perry. We have been getting some very encouraging and heartwarming compliments from the Queen’s Baton Team in Birmingham, as they were very excited about seeing the Baton at Bushy Park. The Baton also visited the train at St. Nicholas Abbey, which is something we did not plan, but it fell into place and that just topped it off for us today [Saturday]. Like the racing car, the train was another first for the Baton”.

The Baton will depart Barbados on Monday, April 25, for Montserrat. Monday marks the 200th day of the Baton’s 294-day journey across the Commonwealth.

For further information about the Birmingham 2022 Queen’s Baton Relay visit:

Bridgetown, Barbados – In just 14 days, the Glasgow 2014 Queen’s Baton will arrive from Guyana, the 42nd of its 71 Commonwealth destinations. Barbados will provide an...