The Barbados Olympic Association Inc. has announced that the International Day of Sport for Development and Peace (IDSDP) will be celebrated this year in Barbados with a Zumba event that will be broadcasted live on CBC TV 8 on Saturday, April 10 at 4 pm. Previously IDSDP was observed through a fun day of sporting competition between the youth of local communities.

IDSDP acknowledges the vital role that sport plays to empower individuals and promote togetherness. It demonstrates the strategic role of sporting activities in helping to foster life skills and can be used as the glue that bonds communities.

The official day is marked around the world on April 6, however, Chairman of the local IDSDP Committee, Erskine Simmons said that the BOA saw an opportunity to capitalize on the audience that was already drawn to the CBC stay at home parties. “The stay-at-home parties encouraged audiences to log on to Zoom and dance along to DJ music. We are asking Barbadians to do the same thing, but instead of dance it will be Zumba and we will be bringing messages throughout the program that promote sport and peace, which are welcomed given the troubling period we are now facing,” Simmons said.

The Zumba hour will be led by Andre Moore of Next Level Fitness and the music and messages will be brought to the audience by popular radio deejay Patrick Bellamy aka DJ Salt. The IDSDP symbol is a white card that represents peace. The theme this year is “Behind each #WhiteCard, there is a story.” From March 31 until April 10 persons are encouraged to take a picture with their white card or paper and post it to social media using the hashtag “#WhiteCard”. 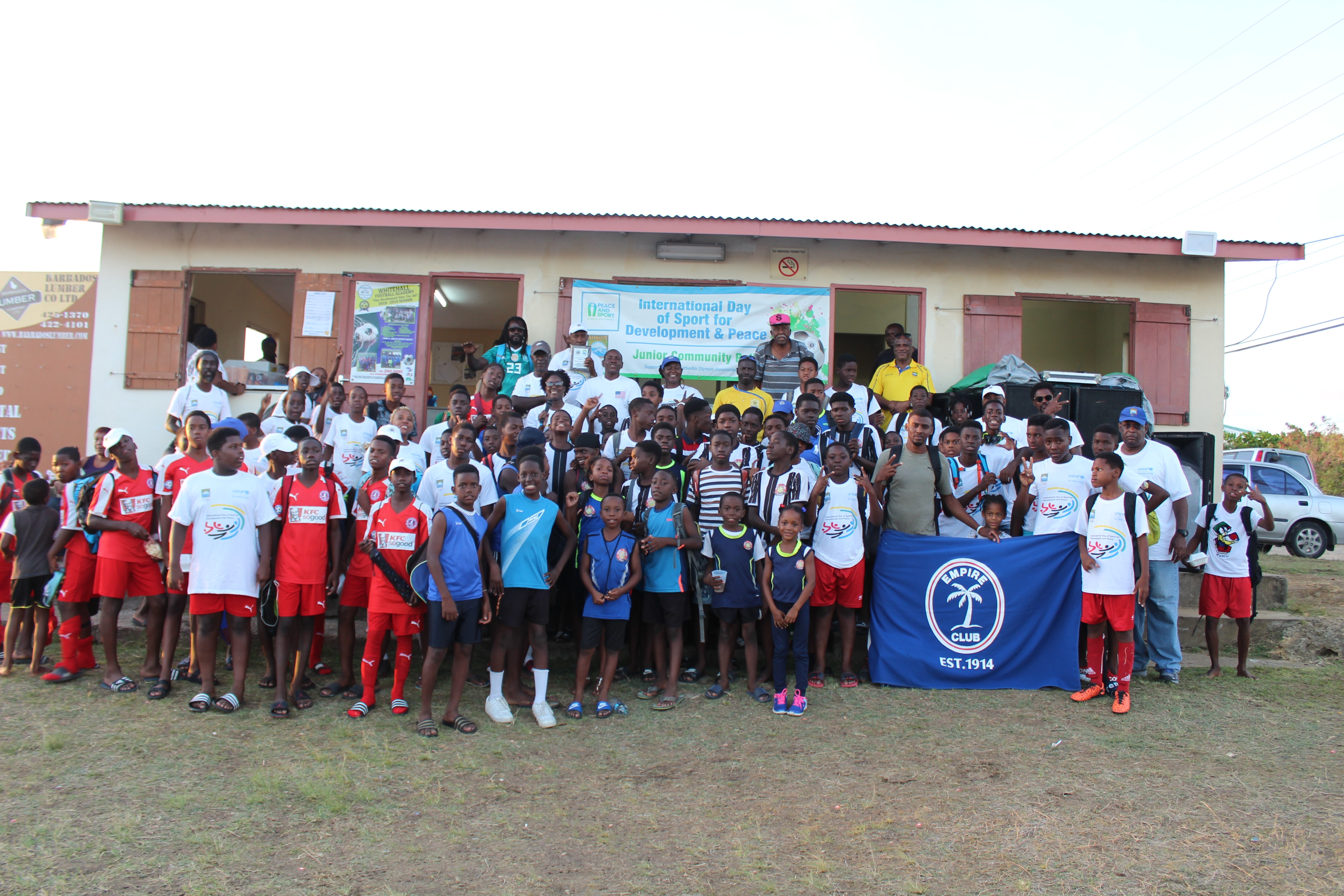 Peace was in the air last weekend when the Barbados Olympic Association Inc. (BOA) and its partners, the U.S. Embassy, UNICEF, the National Sports Council, and the...