The Barbados Port Inc. Celebrates Its 50th Anniversary With Staff 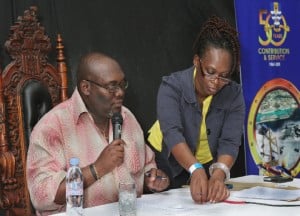