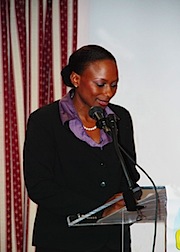 Caribbean countries can benefit economically and socially by investing in Early Childhood Development. This was the message coming out of the presentations for the first year#8217s finding of the Impact Study of the Roving Caregivers Programme (RCP).

The Caribbean Child Support Initiative (CCSI) launched the study in St. Lucia in 2006.

The CCSI is a programme of the Caribbean Development Administration (CARICAD) and is funded by the Bernard van Leer Foundation (BvLF), an international private foundation. CCSI recently revealed the first year#8217s findings of a longitudinal study in its St. Lucia Roving Caregivers Programme. The RCP is an informal home-visiting early childhood development initiative that seeks to address the developmental needs of children 0-3 years of age living in disadvantaged conditions without access to any formal early childhood development services. The RCP is being replicated in Dominica, St. Vincent and the Grenadines, Grenada, St. Lucia and Belize and is modeled from a similar programme in Jamaica.

The official ceremony to present the findings, was held at the Bay Gardens Resort and attended by government officials, policy makers, and representatives of regional organisations. Progr amme Director of CCSI Susan Branker-Lashley, appealed to policy makers to adopt the tenants of the RCP programme as studies are showing that early childhood development can contribute to social and economic development of a country in the long term. She said that all available evidence supports the need for early childhood development programmes and that in too many instances, day care and parenting support services in the Caribbean are out of reach of those living below the poverty line. In fact, many high risk families and children have no access to adequate child care and support services. 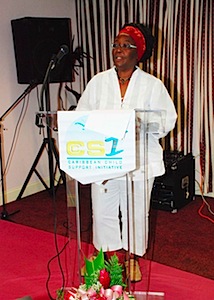 The RCP Impact study, a longitudinal, quasi-experimental study that follows the same children and their caregivers over time has two components, qualitative and quantitative analyses. Quantitative researcher Dr. Wendy Janssens of the Amsterdam Institute of International Development (AIID) said that the main quantitative finding revealed a positive impact of the RCP on cognitive development, especially in younger children (6 #8211 18 months old). In addition, Dr. Janssens pointed out a number of risk factors such as poverty, low levels of caregiver education, and low birth weight that are significantly correlated with lower levels of cognitive and/or socio-emotional development. In addition, RCP has had a significant and positive influence on the likelihood that parents in RCP communities engage in stimulating parent-child interactions with their children such as singing songs together. This propensity increased substantially more in RCP than in non-RCP communities.

Qualitative researcher Dr. Eleanor Wint, from the University of Northern British Columbia said that she asked parents from the outset of the research if they felt that they could influence their child#180s future. By the end of the first year, the parents of the RCP group were more likely to say yes. In this regard, Dr. Wint said there was increased parental competence and self-confidence and there was a significant increase in stimulating parent/child interactions. The qualitative findings show that low income parents have made changes overtime that impact directly on the development of the child. These changes include discipline, increased engagement with the child, use of space and nutritional practices. Dr. Wint concluded that the evidence shows that the home-based stimulation of the RCP intervention results in a clear, positive impact on the children.

Executive Director of CARICAD Jennifer Astaphan, reinforced the need to blend research, policy and programming. She said that CARICAD promoted effective evidence-based policy making, and as #8220lead agency responsible for modernisation and transformation of the public sector, (CARICAD) has been at the forefront of supporting our members in the quest to evolve better and more responsive government, especially for the disadvantaged and vulnerable in our respective societies.#8221 Astaphan said that she anticipates that this cohort of children would make a difference and have an impact on the nature of the youth in society in another 10-15 years.

The longitudinal impact study continues until 2012. In the meanwhile Branker-Lashley said that the CCSI would be focusing on building partnerships with other organisations and lobbying governments to adopt the programme in member countries.