Young people are developing a sense of independence and more than ever are moving towards developing their own business ideas and becoming successfully entrepreneurs.

So says Chris Harper programme manager for the Barbados Entrepreneurship Foundation. He was speaking on the eve of the Gala Awards at the Lloyd Erskine Sandiford Centre, to be held on Friday, November 18, 2011 at 6.30pm and cohosted by the Caribbean Diaspora for Science, Technology and Innovation (CADSTI).

Harper indicated that the BEF would be awarding the winners of the BEF $20 challenge and in a joint effort with the Cave Hill School of Business; awarding those youth who had successfully won the Valeant International (B’dos) SRL Business Plan Competition.

Both competitions focused on providing young people with an avenue to start their own business as well as the mentorship and business support to ensure its continued success.

“Young people recognize the value of being involved in entrepreneurial activities. They have seen the economic situation in the world and are ready to ‘grab the bull by the horns’ and take charge of their own financial stability. They can no longer depend on the government or on the private sector for job security nor should they have to.” Harper added.

Of the 203 students, aged 14 – 15, from across 14 public and private schools in Barbados who successfully signed up for the $20 Challenge; four (4) businesses were chosen to receive awards.

The Valeant International (Bdos) SRL Business Plan Competition was an initiative managed by the Cave Hill School of Business. Students were encouraged to write a business plan to start up and manage a distribution company, owned by Valeant, to dispense over-the-counter products in Barbados, with the possibility of exporting these products to other Caribbean countries. Contestants had the opportunity to choose from a wide array of products.

This programme will see youth pursuing undergraduate and postgraduate studies in the areas of Business/Finance and Biotechnology, at the University of the West Indies, Cave Hill Campus receiving BDS$45, 000 in prize money for their business plans.

Harper said “Initiatives such as these foster the development of enterprising young people and are critical at this time of our nation’s development. The BEF will seek to provide whatever support we can and work with our stakeholders such as the Cave Hill School of Business to ensure the continued success of these businesses. Through hosting our Gala Awards we can recognize these young people and perhaps encourage other Barbadian youth to develop their business ideas”

The Caribbean Diaspora for Science, Technology & Innovation (CADSTI) is an international body of professionals who have an interest in the development of the Caribbean region. One of its goals is to facilitate the networking that will bring resources from the Diaspora to the Region for the mutual benefit of all parties.

Barbadian entrepreneurs and business leaders need to be more charismatic if they are to be successful in this new work environment. This coming from Peter Downes,... 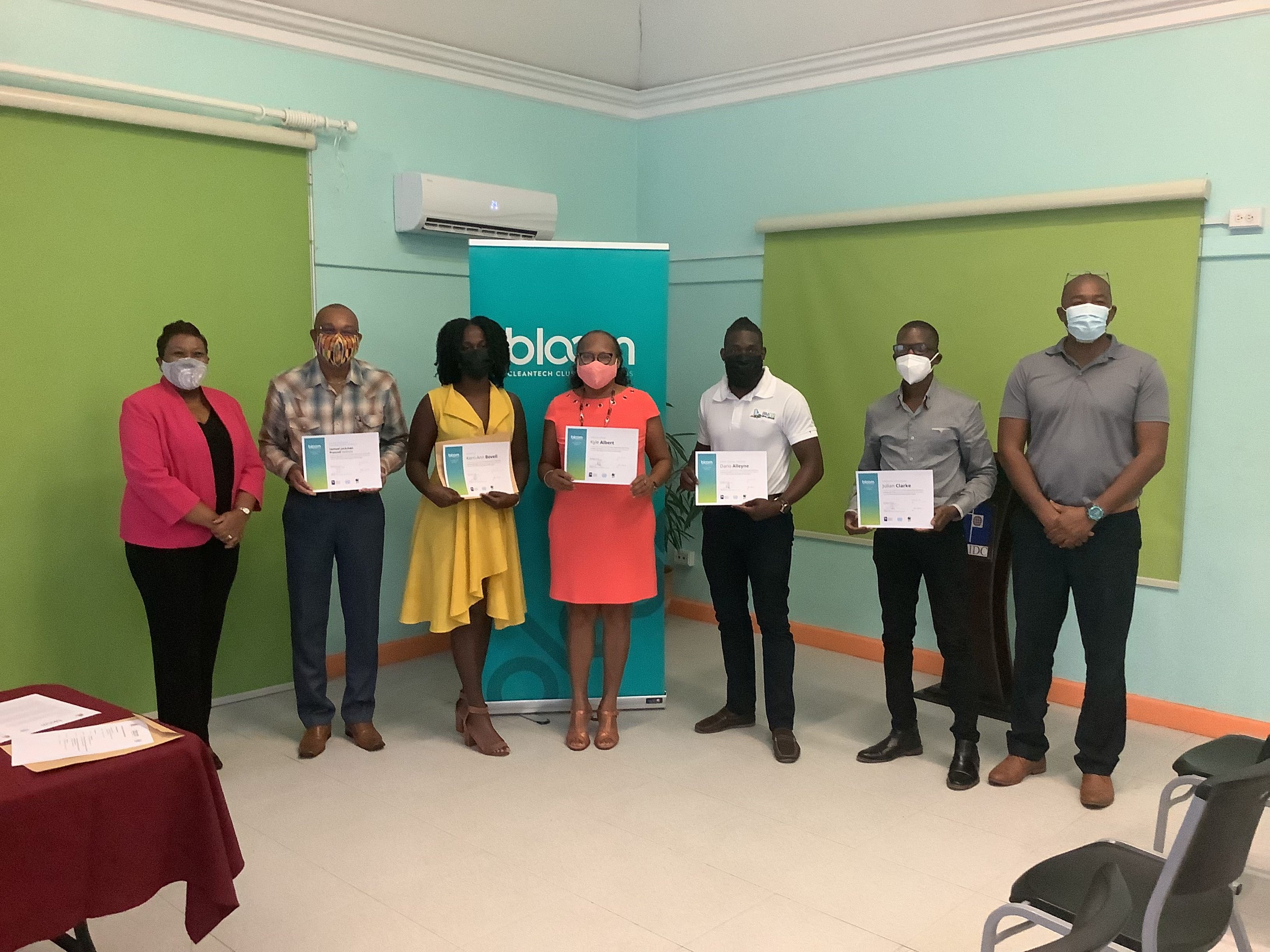 Barbados is now a step closer to becoming a green energy country, as five local entrepreneurs were recently recognised for their environmentally-friendly inventions as...