Press Releases or Advertising? When Did We Cross The Line?

In media school we were taught that an ad was ‘paid for’ content which comes in the exact form you created or dictated, while a press release was published at the discretion of an editor, who had license to do whatever he or she willed with it. This is all well and good. However, how do you explain to the upcoming students the differences in our craft when seasoned professionals pay scant respect to the discipline? 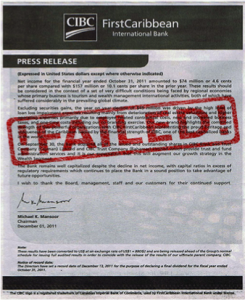 Some practitioners label ads “Press Releases” (truly I hope this mistake is made by marketers and not Public Relations practitioners). The structure may be that of a press release, but from the time you decide to pay for it to be published in its original form, it has crossed the line into ad territory.

This is clearly not like state or parish borders where you can have one foot in each state or parish. From the time money is passed, you have crossed the border.

Usually media houses would put a stamp PAID RELEASE on announcements that are paid for, but not designed as a display ad. This serves to disassociate the publication from the content, identifying it as foreign to the editorial of the publication.

As we seek through the Public Relations Society of America (PRSA) to find a definition for Public Relations over the next couple of months that most practitioners can identify with, let’s not muddy the waters with poor craftsmanship.